The Lake Havasu round is one of the series favorites for racers with the event held right only the lake during Spring Break, which attracts a huge crowd of fans and boaters out to watch the race. Weekenders gather around on the shoreline, and stand out in the water watching the cars as they race along the edge of the lake.

Because of the heavy rains earlier in the year, Lake Havasu’s infamous “Lagoon Jump” was a massive hurdle this weekend, compared to past races. Instead of the drivers having to hop across a couple foot gap, they were forced to launch over at least fifteen to twenty feet of water from the base of the jump. Most drivers who attempted this jump were landing on in the water causing their vehicles to bog out. A few of the racers had even wrecked from hitting the water. Vernola opted out on the jump when making her practice run through the course, but decided to hit it on race day.

“In the practice run, I was going to hit it at least once, but I was told not to because the ones who did attempt it, there were at least five cars who got stuck on the front, and one car flipped, which damaged the car quite a bit. So, I decided not hit it on the practice. The WORCS crew knew that some people were landing halfway in the water, so they made that jump better for us on race day, which was good for all of us because I was looking forward to jumping it. Race day I hit it every lap except the last lap,” says Vernola.

Being only her fourth time racing in the SXS Pro Class, Vernola and Polaris SXS car had gotten off to a great start on race day, however, after coming into an extremely crowded first turn, a driver directly in front of her had spun out, causing her to lose her spot in the front pack.

“I had a pretty good start off the line, but in that first turn we all kind of squished up a bit and someone spun out in front of me. I had to go into reverse, then go around, and that placed me second to last going out of the third turn, which was unfortunate,” says Vernola. “But on that first lap, I hit the Lagoon Jump and two people in front of me didn’t, so I passed them right there and then which allowed me to pick up a few spots. I ended up running the first two laps in fifth place.”

Unfortunately, Vernola’s luck on Havasu’s course this year slipped from her grasp. After hitting the Lagoon Jump on the first three laps, Vernola’s car began to experience a mechanical malfunction.

“On the third lap, I started to feel a knocking and my speed began to drop from 60, 50, down to my top speed being only 30. With this weekend’s tough competition, I was getting passed up one by one,” explains Vernola. “On that last lap, I didn’t hit the Lagoon Jump because I could feel my that my car was having some mechanical errors in the rear. I barely made it up the last few hills and with not knowing what was wrong, and my speed continuously dropping, I just babied it and made it to the finish line in 14th, so unfortunately it wasn’t my weekend.”

This weekend’s event was not Vernola’s best, hands down. Because of her misfortunes, she dropped to eighth in the points race, but she refuses to let that bring her down.

“I gave it all I could in this third round. I really tried to get at least top 5 this weekend, but unfortunately, luck just wasn’t on my side. This weekend’s finish tampered with my points a bit that’s for sure, but I had fun. It was one of my favorite courses,” says Vernola. “You know, this is only my third year racing, I’m in the top ten in pro racing. So, looking at the big picture, overall I’m pretty happy.”

Despite dealing with some issues, she was still impressed with how well many of her components held up to the brutal race conditions.  “Luckily my Fuel Off-road wheels and tires held up, and we didn’t get any flats. All my Super ATV parts held together, so I couldn’t be happier. King shocks had my car dialed in really well, and my K&N filter was still super clean, even after going through all that sand and muddy water.”

Vernola is confident in herself and her Polaris RZR as she turns her focus to the next WORCS competition, as the series heads to Las Vegas, NV on March 31- April 2.

“I’m looking forward to it. I saw that it’s only going to be a thirty-minute race, and with it being an arena style type race, the course is going to be a lot smaller than the other WORCS courses,” Vernola expresses. “Knowing that, I think it’s going to be fun for our families and friends to come out and watch. Now we just need to get my car put back together and clear out all that dirty mud and sand.” 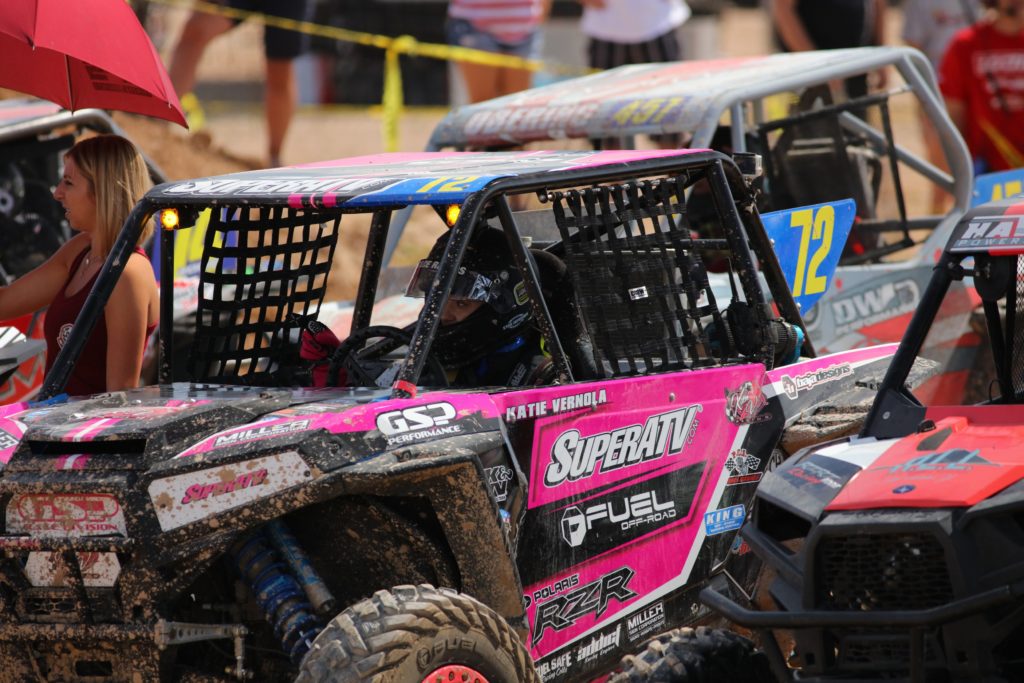 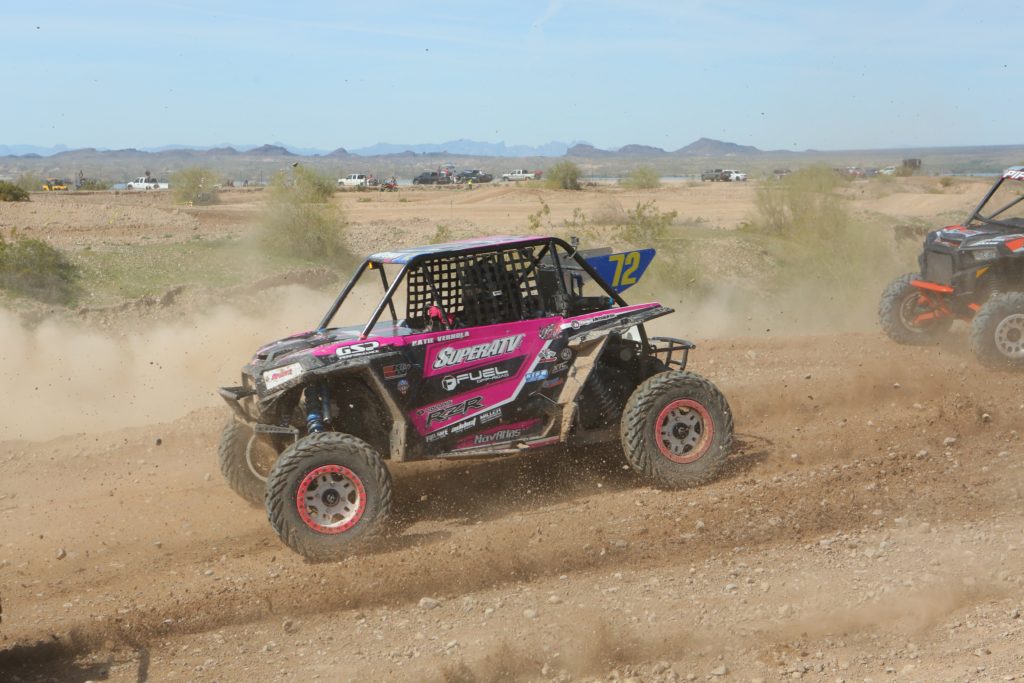 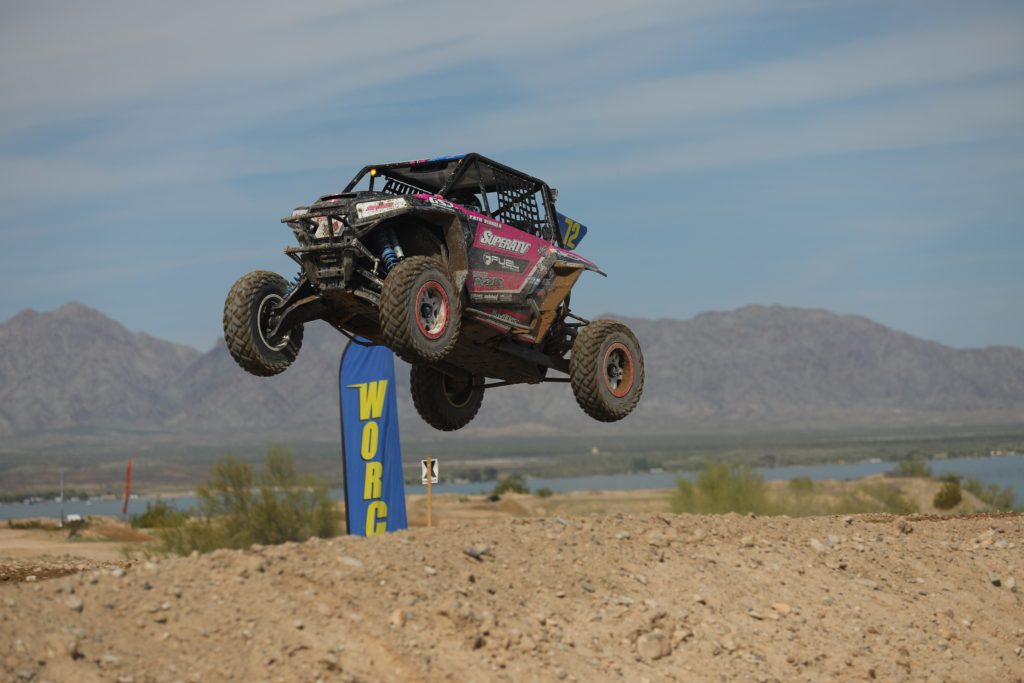 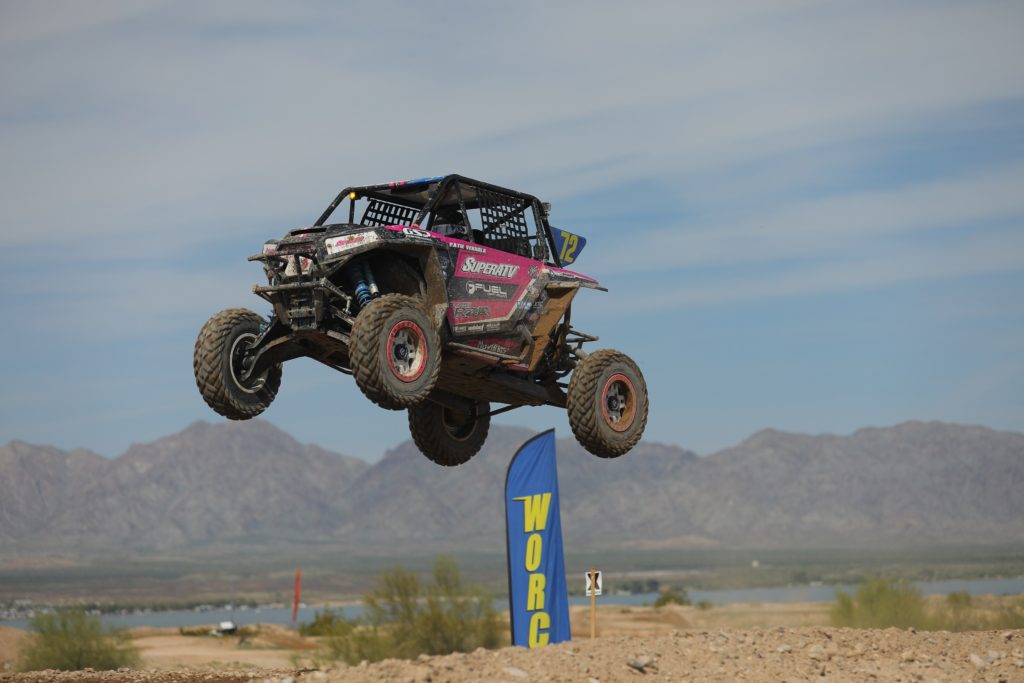 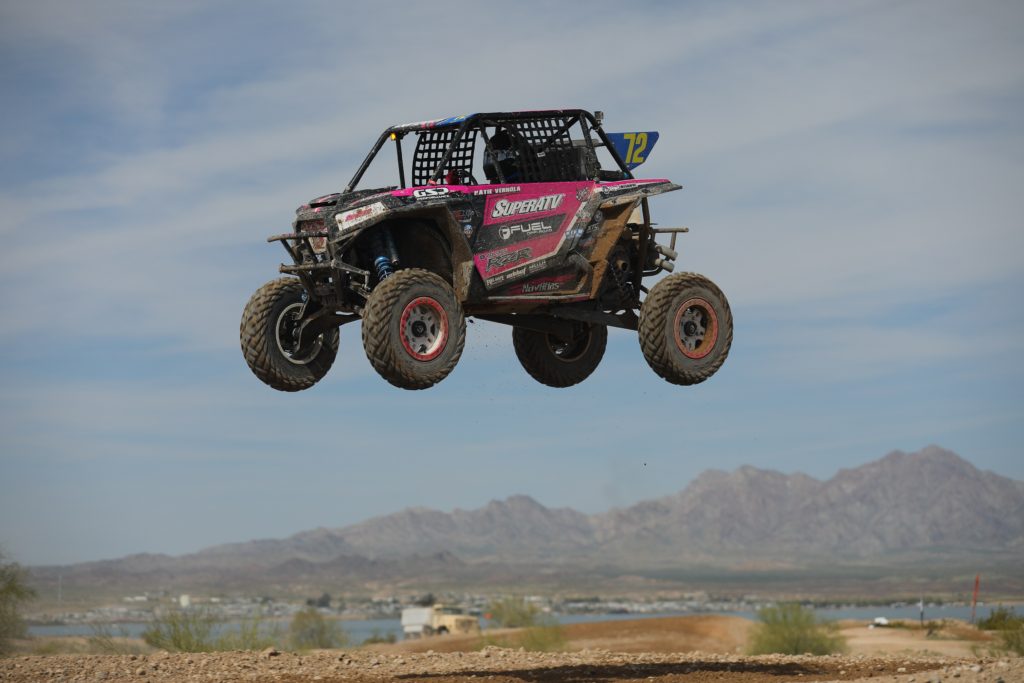 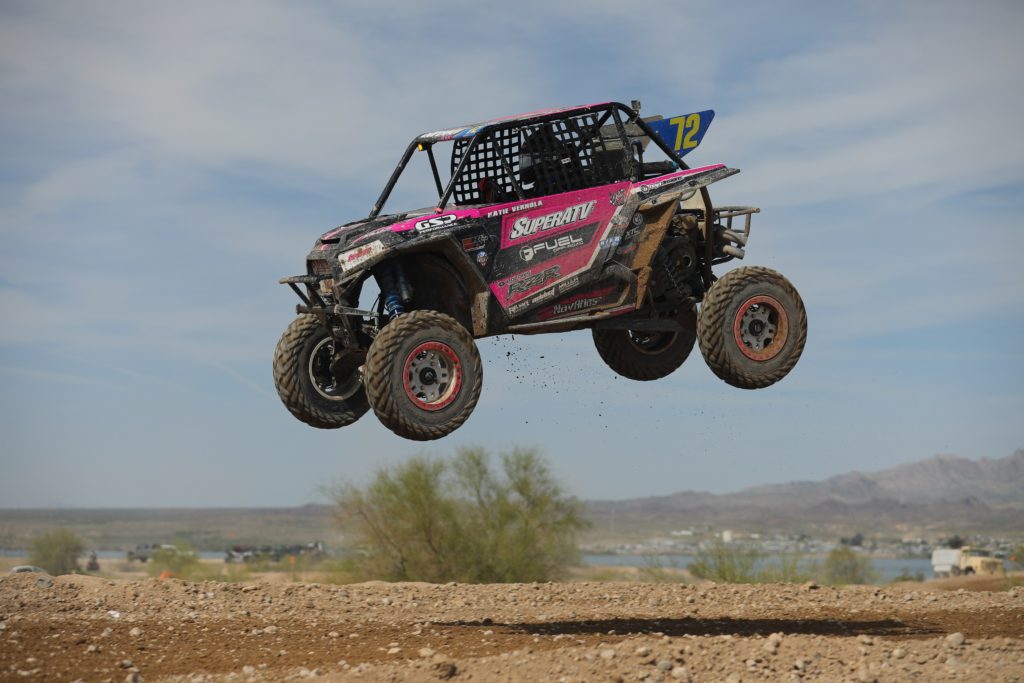 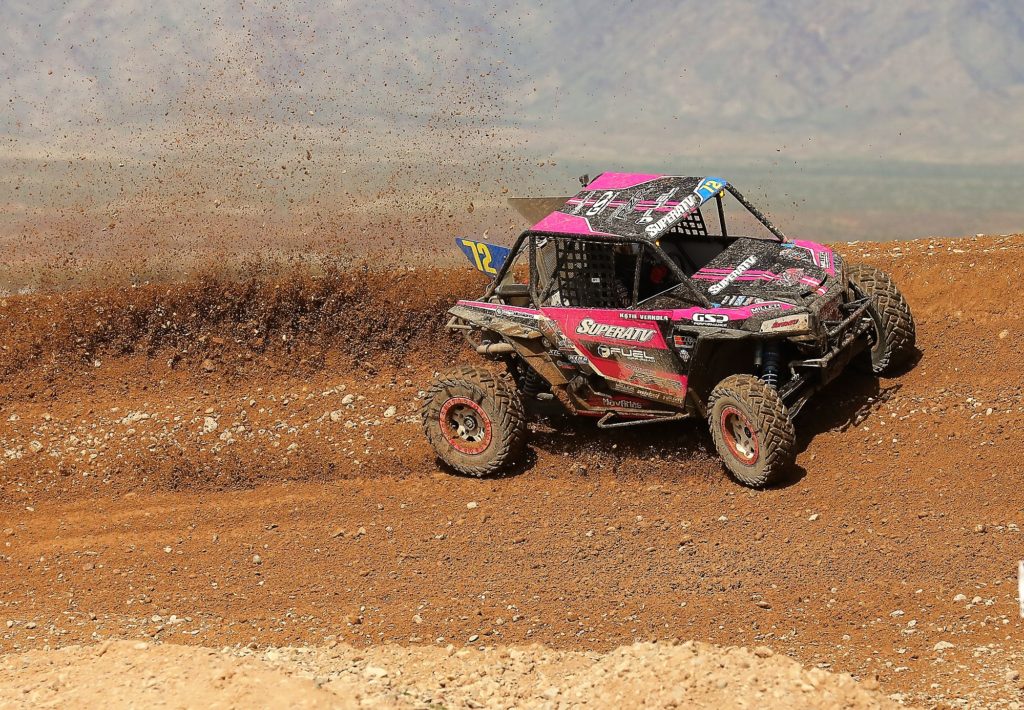 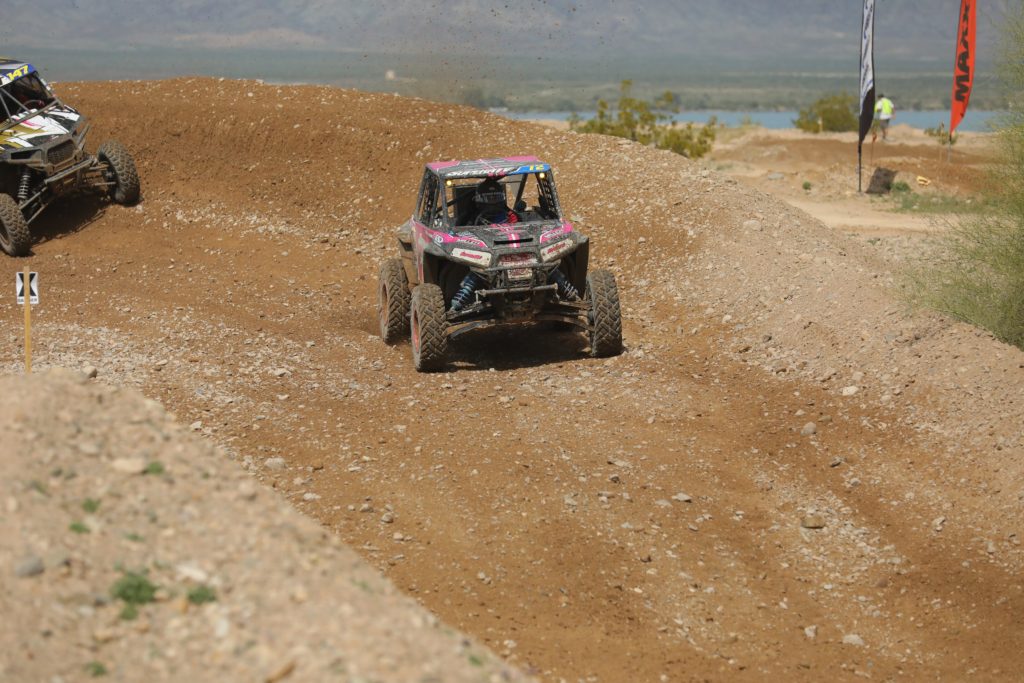 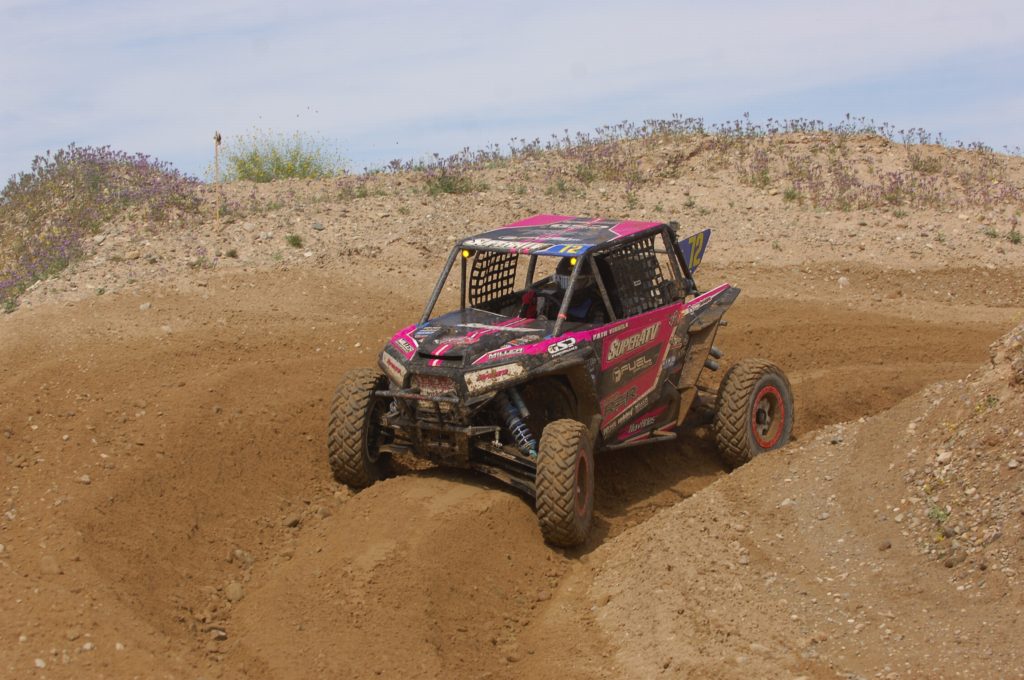 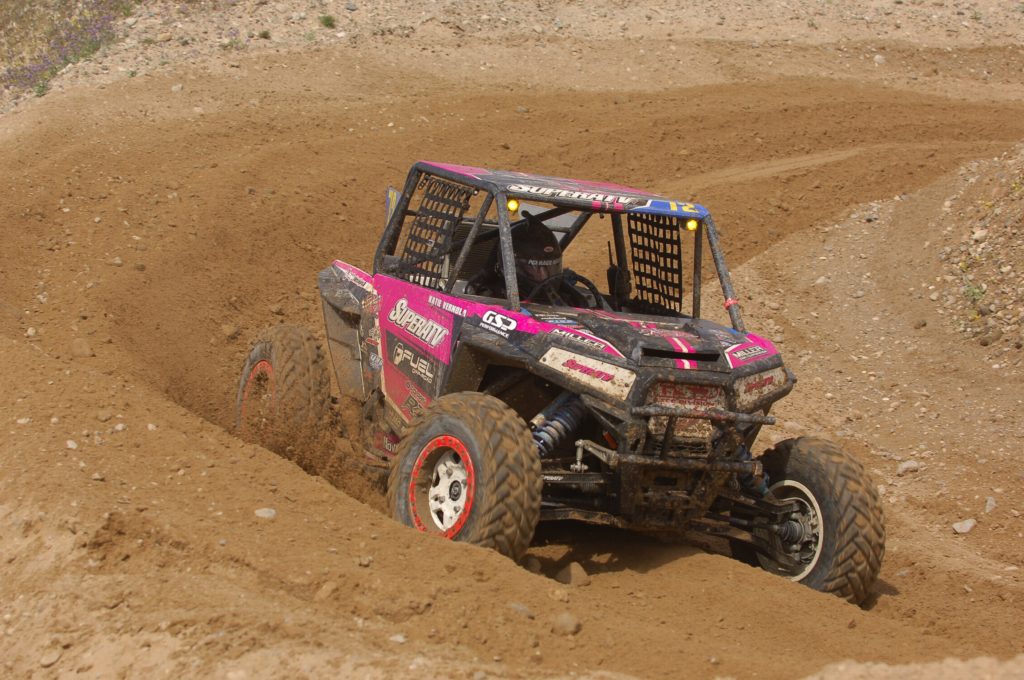 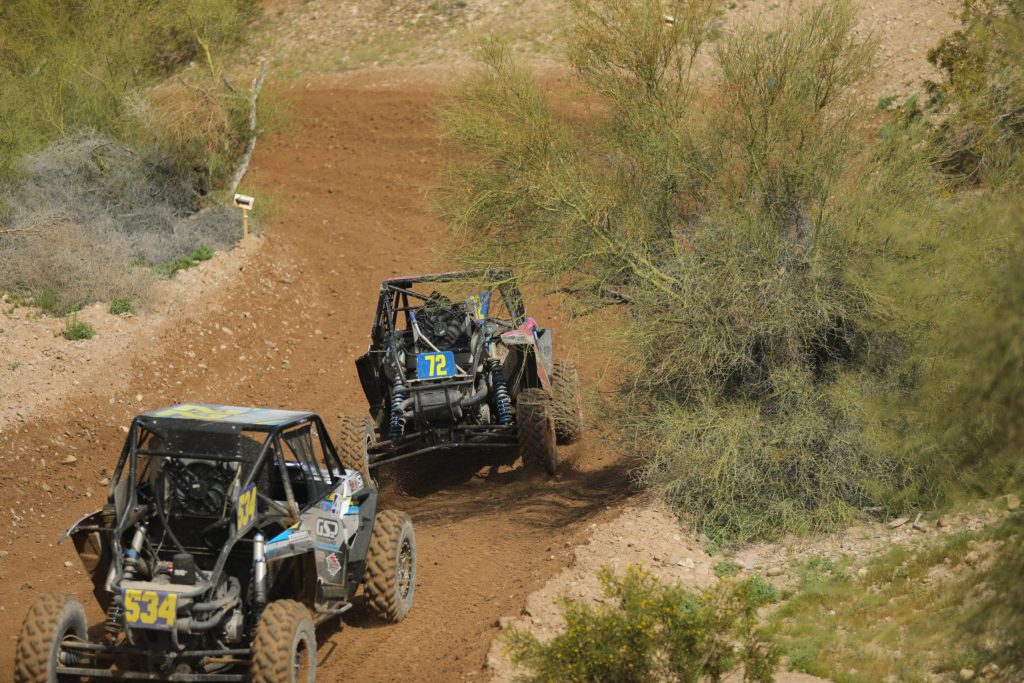 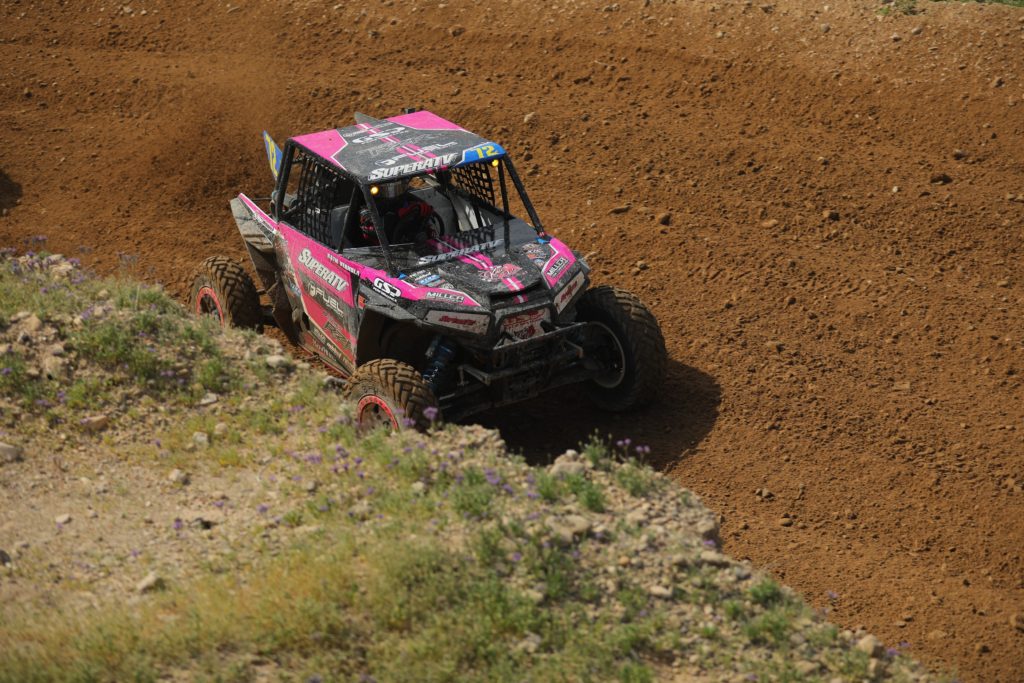 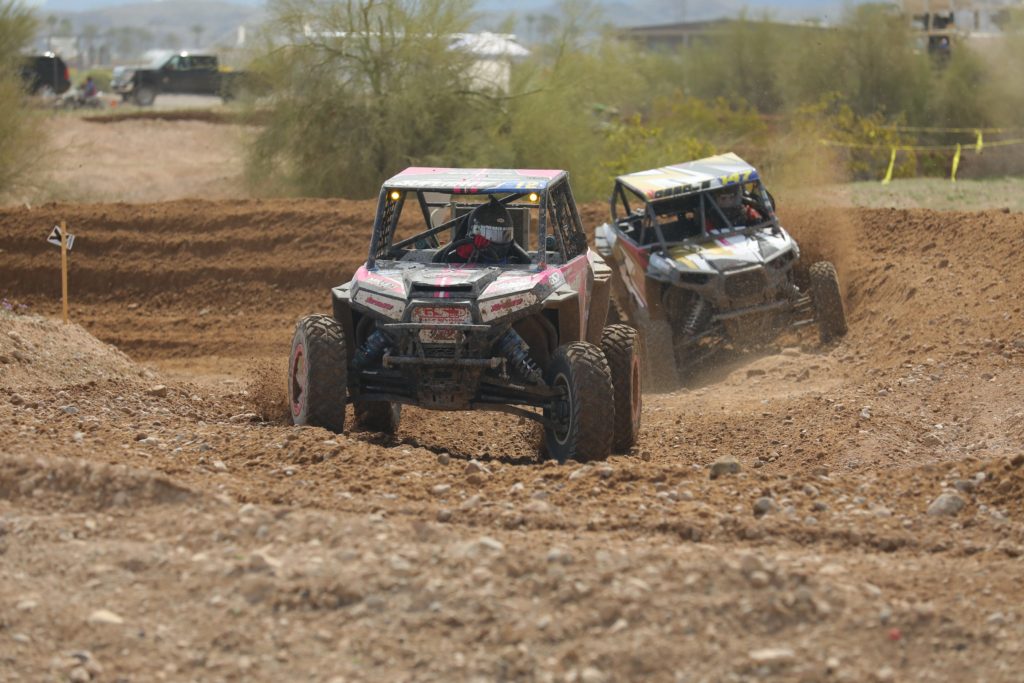 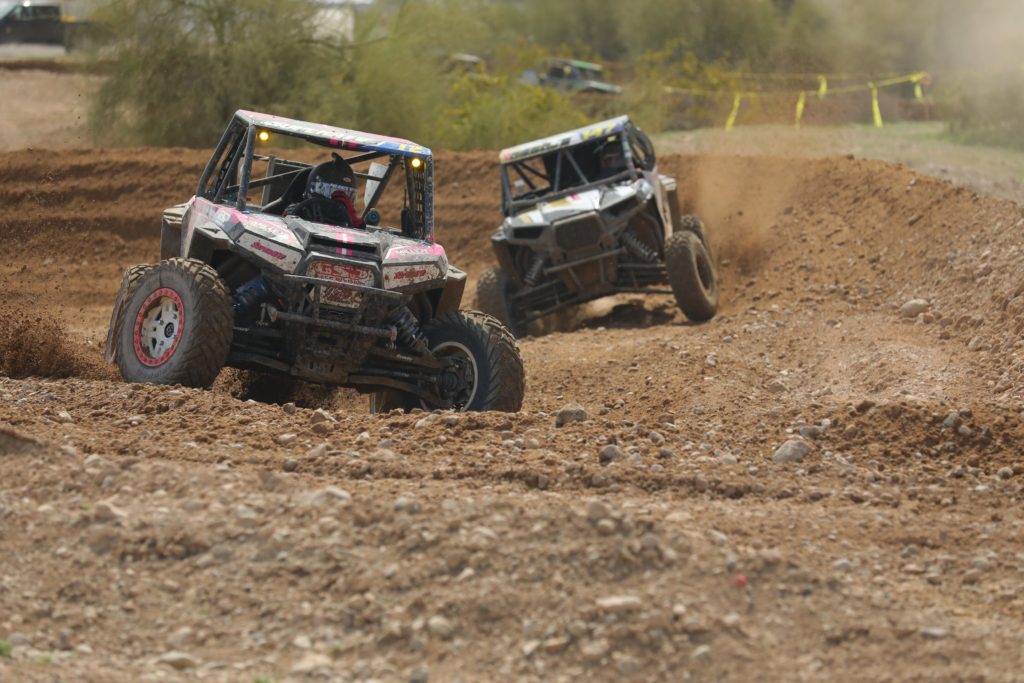 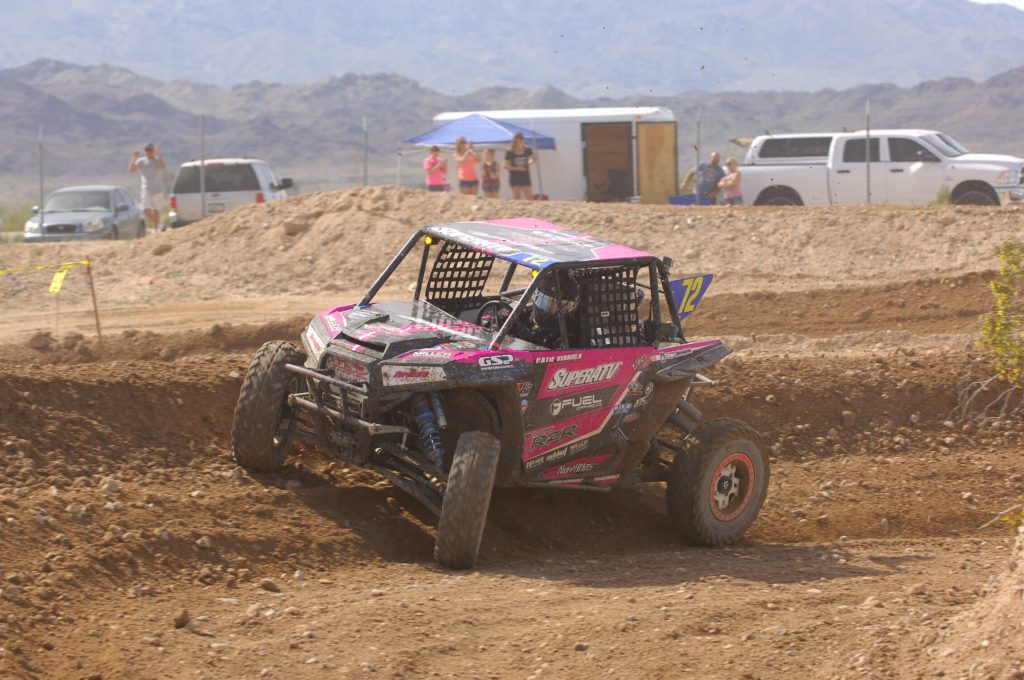 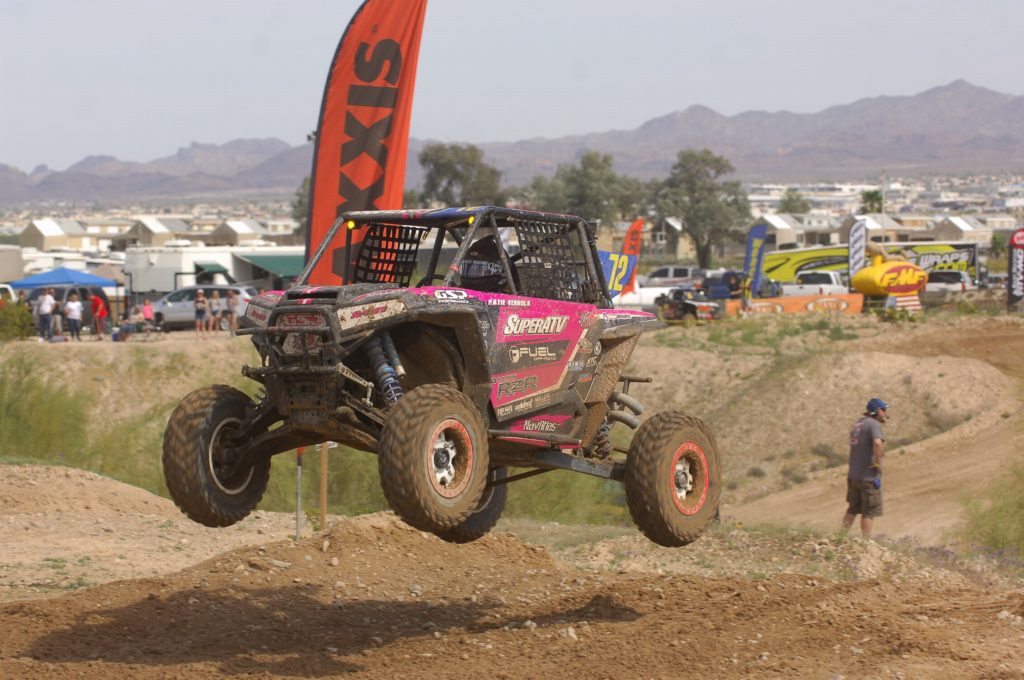 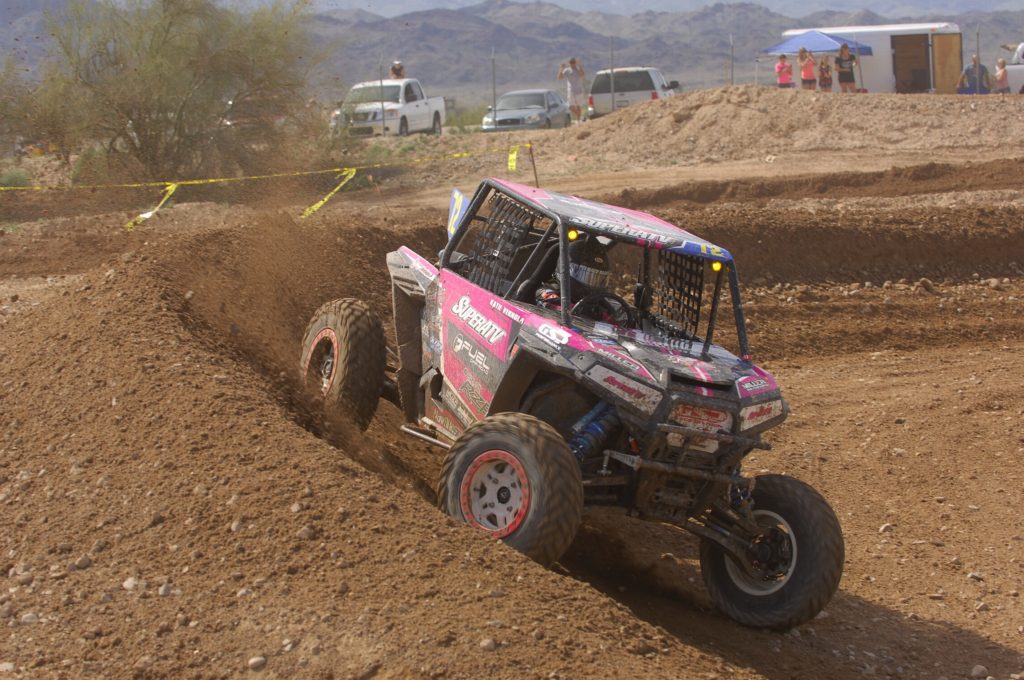 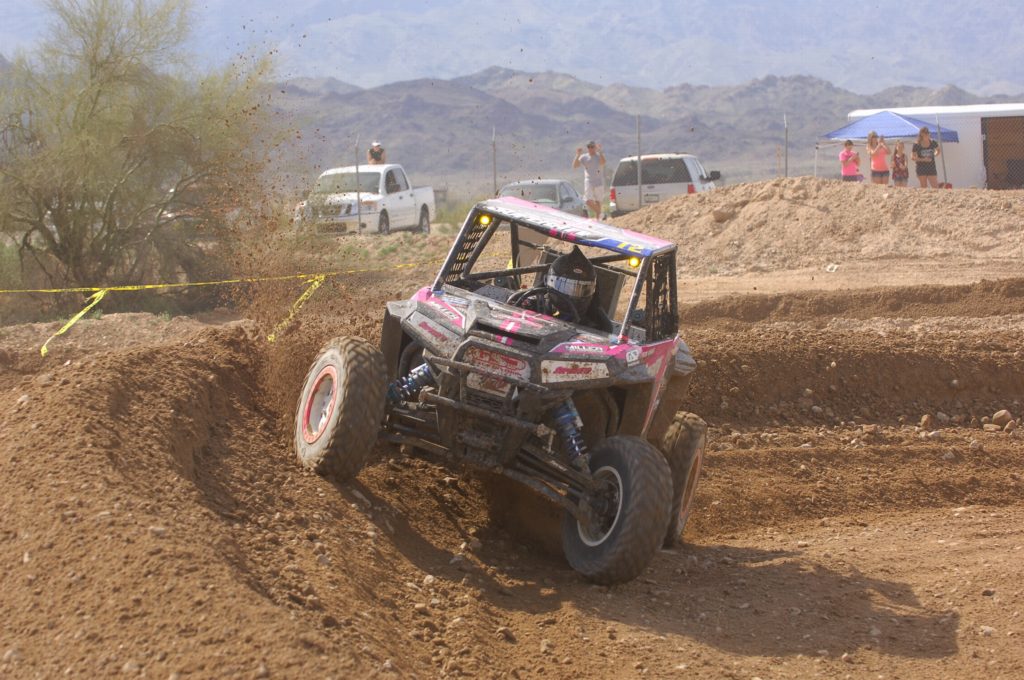 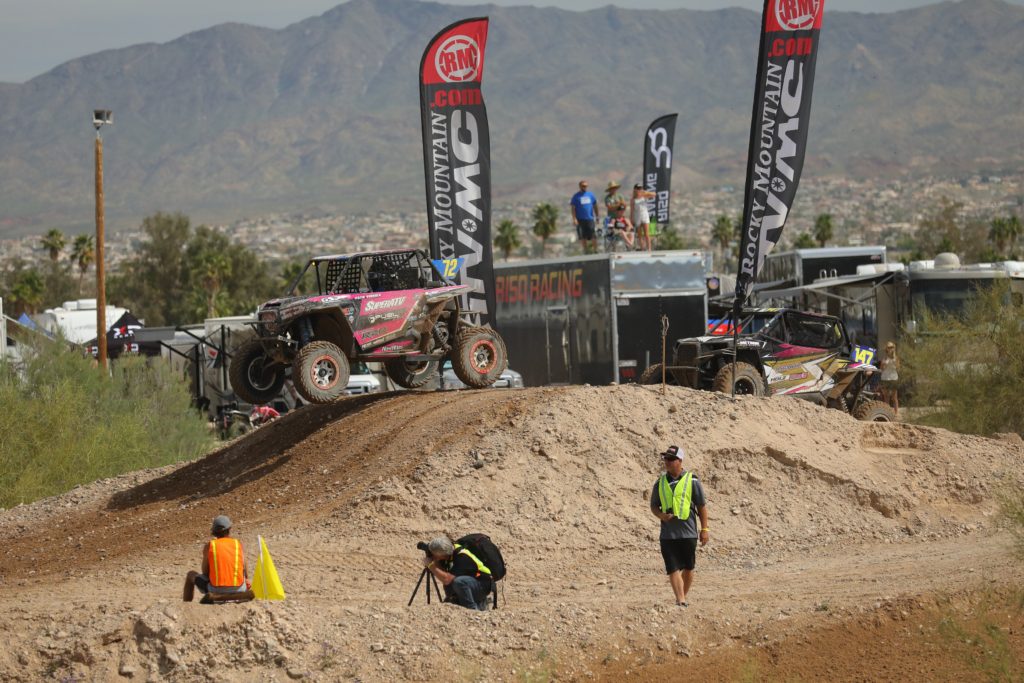 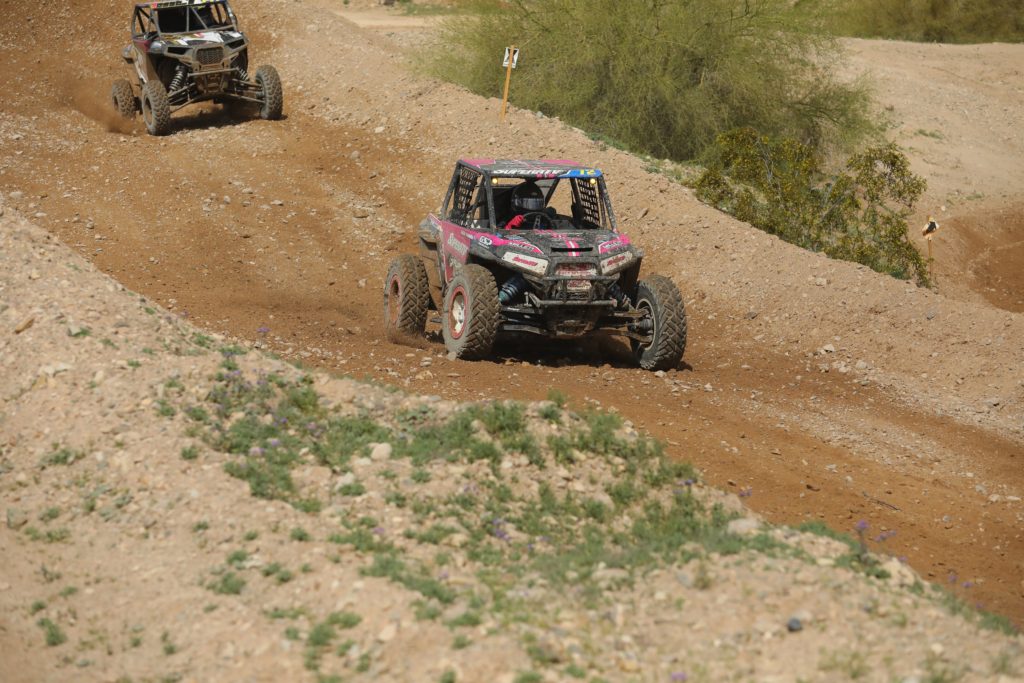 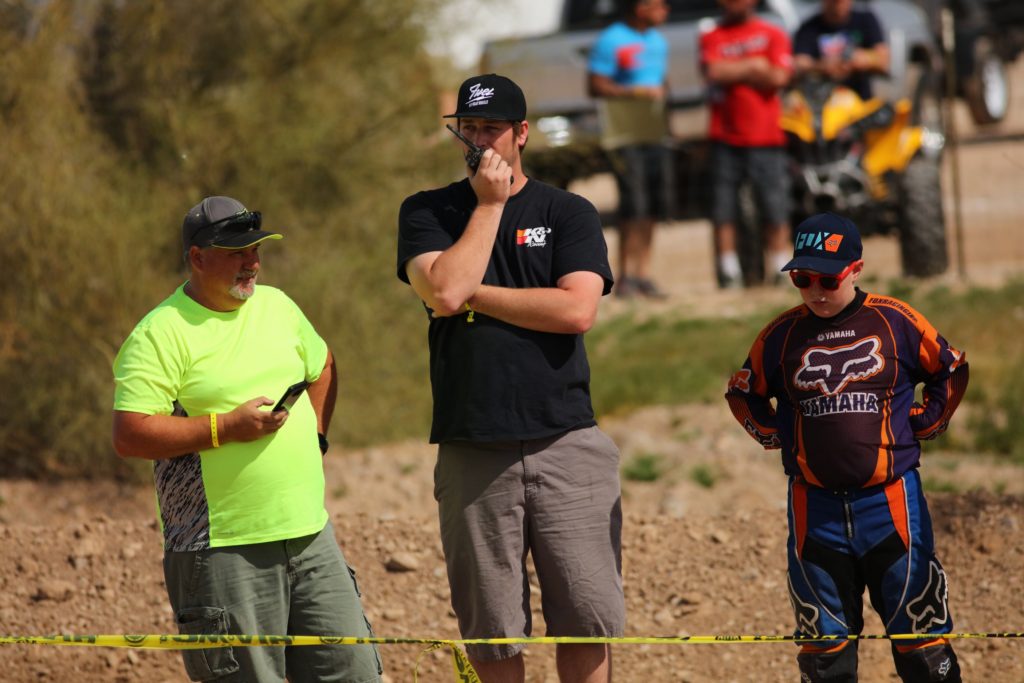